The cultural workshops, part of the EU funded project “WEMIN: Migrant Women Empowerment and Integration”, were successfully implemented by the “Olympic Training & Consulting Ltd” (partner organization), supported by “HOU-DAISSy Research Group” (Coordinator). In particular, two artistic workshops were organized, concerning the creation of decorative and utility objects made from clay and fabric (31.10.-29.11.2019, Athens).

The workshops took place in suitable and well equipped premises in Athens city centre, was easily accessed by both native women and migrant / refugee women (MRW). In each workshop that lasted up to 24hours, took part women from Afghanistan, Iran, Ethiopia, Congo, Syria and Greece, who created lovely artistic and everyday objects like tablecloths, pillows, blankets, hair ribbons, lamps, bowls and jewelry. 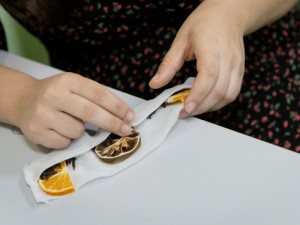 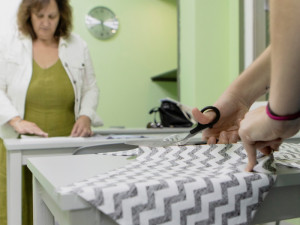 Besides, most of the MRW who experienced the cultural workshops, had also participated in other WEMIN project activities, such as the Greek language courses and the empowerment and mentoring sessions. In the context of the cultural workshops’ implementation, they had the opportunity to practice the recently learned Greek vocabulary and test their language competences on the basis of common creativity, exchange and sharing of memories and experiences between women of different ethnic, linguistic and cultural backgrounds.

The interaction between women was true and vivid. During the meetings they had the opportunity to share information and get familiarized with customs, practices and perceptions different from their own, but also similar in many ways and built on common grounds. Apart from its overall objective, that is the coming together and interaction of MRW and native women, the workshops succeeded in consisting for migrant and refugee women a short and joyful release and refuge from a difficult everyday reality. 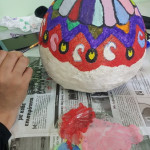 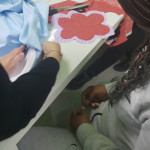 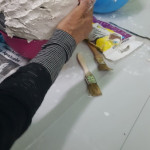 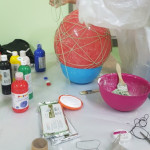 The handmade objects created in the workshops were presented at a special exhibition held in parallel and in the same venue that the d international closing conference of the WEMIN project was held in Athens (8 & 9 December 2019). The “Olympic Training & Consulting Ltd” organized the exhibition in collaboration with the women who took part in the cultural workshops. Moreover, migrant and refugee women had the opportunity to attend the conference presentations and discussions while many of them took active part in one of the conference’s interesting workshops titled “Intercultural Breakfast as an Integration tool”. . After the international conference and the exhibition were finished, the handmade objects were shared to the women who had created them. 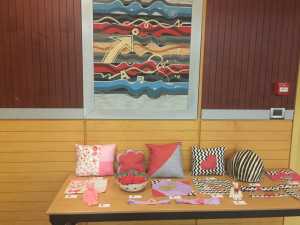 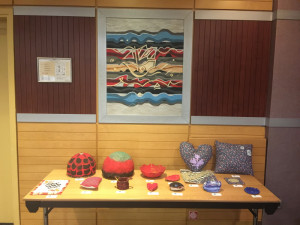 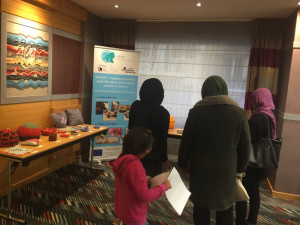 While the WEMIN project is coming to an end, the women who participated in all the project’s actions have already expressed their wish for the project to continue, underlying the importance of this kind of projects in their integration in the host society.

The project is funded by the European Union’s Asylum, Migration and Integration Fund (776211-ΑΜIF-2016-AG-INTE) and includes a transnational partnership in 8 EU Member States (Greece, France, Italy, Spain, Portugal, Ireland, Germany and Sweden). In Greece, it is implemented in Athens by the DAISSy Research Group of Hellenic Open University (Coordinator) and Olympic Training & Consulting Ltd (partner).

You can be informed about the WEMIN project by visiting www.wemin-project.eu or by following #WEMIN. For further info, please send an email to info@daissy.eap.gr and olykek@olympiakokek.gr. 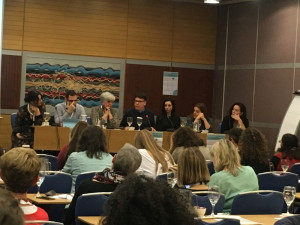 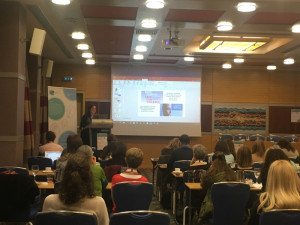 Since 2016 entrepreneurship has been defined as one of 8 key competences by EP (18.12.2006) in lifelong learning process school education faced a lot of pressure and changes in terms of teaching programme in entrepreneurship within basic education programme. All national activities were mainly focused on development suitable training material, supporting tools for teachers in secondary, high VET schools as well as universities. A lot of activities were preformed at national and international level (also in EU project) – like online games, online trainings etc. to enhance entrepreneurial spirit of youngsters.

What is missing now is a new approach to adult and their entrepreneurship skills.

Adult learners represent group of unemployed, excluded groups, often with not very good educational background. Even if they are ready to run their own business they do not have as good ICT, social skills as younger EU citizens.

YouBrand is a project funded by the Erasmus+ Programme of the European Union, as a Strategic Partnership for the Developmeng of Innovation in Adult Education.The YouBrand project directly responds to EU policy documents and programmes fostering:

We are a European partnership with plenty of experience in entrepreneurship and adult education leaded by The Centre of Continuing Education No. 2 in Lublin (Poland), working with Agenfap (Italy), Inercia Digital (Spain), Gecko Programmes Ltd (United Kingdom) and the Hellenic Open University (Greece). 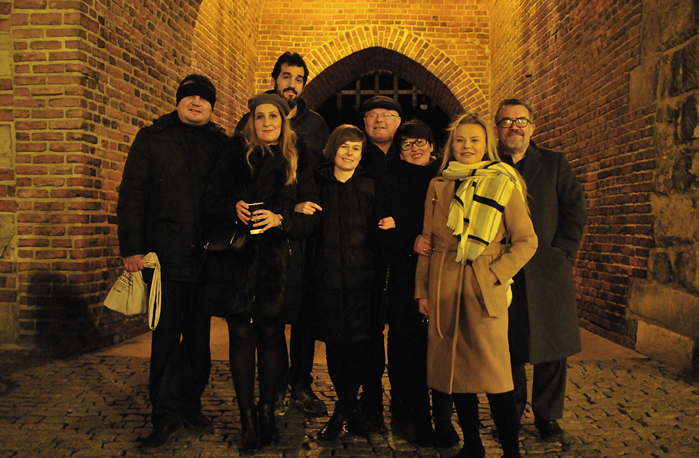 What did we develop?

This training path aims to define, adapt to the target group (adult learners, disadvantaged people) and integrate in a single training process a set of innovative competences to facilitate the business start-up success and resilience.

In close connection with the previous result, we’ve designed a blended training path for trainers aimed at updating their competences to manage the implementation of the training programme (IO1) in each partner’s country. This training path involves and targets trainers and partners staff.

The Community targets mainly trainers active in entrepreneurship and business start-up support sector.
It works as an online shared collaboration area aiming at becoming a reference point for the trainers and VET providers community.
In this virtual space participants can:

What topics are we covering?

In all of our results we cover in depth the following topics:

Where can I find these materials? 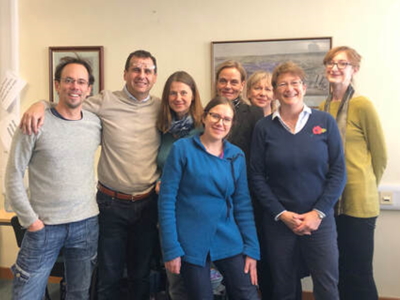 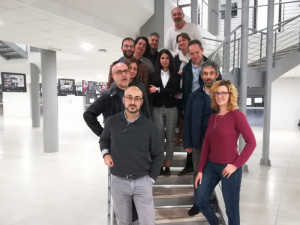 The conference is supported by the European project “WEMIN: Migrant Women Empowerment and Integration”. It is addressed to scholars, experts and practitioners, representatives of authorities, institutions, organizations and associations, active citizens, and more generally anyone involved in the study, research and practice in the fields of migration, migration policy, empowerment and social integration of refugees, as well as related topics.

The main objective of the international conference, in addition to presenting the results of the WEMIN project in detail, is to explore the gendered dimensions of the migration phenomenon in the context of today’s Europe. Recognizing gender as an integral part of the experience, management, and understanding of migration and integration processes, the conference aims to highlight not only the multiple challenges but also the significant opportunities European societies face.

The conference will include lectures, presentations and workshops in topics such as:

Τhis international conference will be the final, closure event of the WEMIN project aiming at presenting its outcomes to additional stakeholders-organizations and policy-makers, by combining presentations and thematic workshops with the parallel engagement of members of its target groups.

The official conference language is English. There is no registration fee for attending the conference. Certificates of participation will be provided. Interested parties are kindly requested to fill in the registration form “here”.

The WEMIN project developed a pioneering model for the integration of migrant and refugee women of all ages in the hosting communities. It combined, among others, training, empowerment and mentoring sessions and learning through art. An electronic peer learning platform has been developed, as a place where professionals in the field of migration as well as migrant and refugee women can share knowledge, tools and experiences with each other; you can access the platform on the address https://culturalmediators.eu/wemin-platform/register/.

The project is funded by the European Union’s Asylum, Migration and Integration Fund (776211-ΑΜIF-2016-AG-INTE) and includes a transnational partnership in 8 EU Member States (Greece, France, Italy, Spain, Portugal, Ireland, Germany and Sweden). In Greece, it is implemented in Athens by the DAISSy Research Group of Hellenic Open University (Coordinator) and Olympic Training & Consulting Ltd (partner).