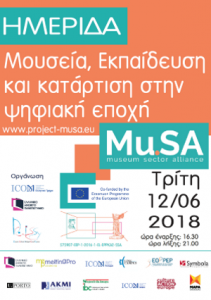 ALL DIGITAL Week 2018 turned out to be one of the most successful campaigns – it united 4,070 partners from 32 countries to offer 5,445 events to over 125,000 participants. Read the entire story here.

The digital empowerment campaign was organised by ALL DIGITAL for the 9th time and was run in digital competence centres, libraries, schools, community centres, etc. across Europe supported by local authorities, companies, academia and volunteers from various sectors.

Laurentiu Bunescu, CEO of ALL DIGITAL, said, “We organise ALL DIGITAL WEEK to support Europeans in their digital transformation journeys. More than ever, we all need to invest in digital skills for media literacy, social inclusion, employability, entrepreneurship and education.”

Fiona Fanning, Director of European Affairs, commented, “As technology pervades all aspects of our lives, it has never been more important to ensure that all Europeans have the opportunity to gain the digital skills and certification that will help them succeed as a student, citizen, and an employee. We are thrilled to support the important mission of ALL DIGITAL Week in facilitating a truly pan-European digital transformation.”

ALL DIGITAL Week was led by our national partners in 26 countries. You can see the overview of activities in each country where we had a national partner by clicking on the flag. There you can also see the links to blogposts, photos, some media coverage, and information on past editions.

The DAISSy research group of Hellenic Open University was the National Partner for Greece. DAISSy organized a webinar in order to introduce UMI (Ubiquitous, Mobile, Internet of Things) technologies and their potential use in STEM education. The webinar presented a holistic view of UMI technologies and introduced their potential use in education and training and was based on the H2020 UMI-Sci-Ed project. Read more about the webinar here.a 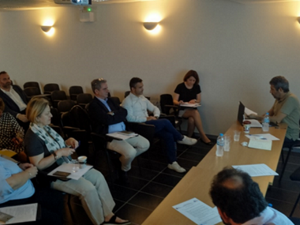 A focus group involving ten policy makers (mainly) and training providers took place in Athens, Greece, on May 3, 2018. The focus group took place in the afternoon (17:30 – 19:30) at the Athens’ Premises of the Hellenic Open University, a convenient location near the city centre. Eight of the participants were representatives of governmental bodies (including the Ministry of Employment, the Ministry of Administrative Reform, the Ministry of Digital Policy, Telecommunications and Media, the Ministry of Economy and Development, the National Centre for Social Research, the Hellenic Telecommunications and Post Commission, the General Secretariat of Coordination) and two were stakeholders from the Adult Learning market. Four out of the ten participants were women. The focus group lasted almost two hours and led to fruitful discussions between the participants.

The focus group ran with the support of one facilitator (Achilles Kameas) and two observers (Spiros Borotis and Nick Achilleopoulos) from the Hellenic Open University. The facilitator presented the objectives of DCDS project and the purpose of the focus group. Additionally, he informed the participants about the focus group method and the ground rules. After that, the main discussion session was conducted, lasting approximately 90 minutes; in the following, the most important findings are summarized.

Most of the participants agreed that the basic digital competences are important for the social inclusion of adult citizens, as their existence facilitates their participation to the community and exploitation of digital services. Recent data indicate that more than 65% of NEETs or young people, among those who were following apprenticeship programs, in order to develop their digital competences, found a job. This finding justifies the significance of acquiring digital competences nowadays. 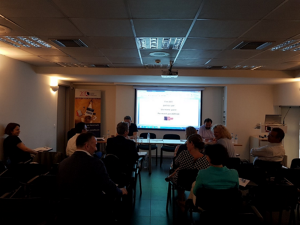 In general, the groups of the population that DCDS should target include people belonging to vulnerable groups (especially those culturally differentiated, e.g. Roma, people with disabilities, (recent and long-term) unemployed, people at risk of poverty, people with chronic disorders, immigrants and migrants, women, single parent families, etc), people aged 45+, unemployed (and especially recently unemployed), etc. An additional group identified includes the people working in high-level positions (e.g. CEOs, traditional media manager, elder academics, artists, judges, public servants, etc) who are ashamed to declare their lack of digital skills. It worth to mention that every attempt to “bridge the digital divide” should not be accomplished once, but should be repeated frequently on a regular basis, as digital skills require continuous updating and practical implementation. 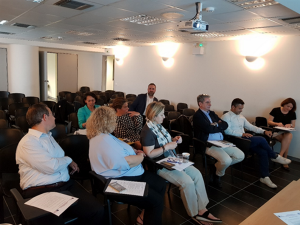 The establishment of a national strategy (including a “set of rules” for training, accreditation, etc) by the Ministry of Digital Policy that would create a common ground is required. In addition, a change in the Greek mindset is required, i.e. to change this latest tension of “computerising” everything and focus more on user (human) – friendly technologies. This priority should be included in every attempt of developing and adopting information system, including the self-assessment tools mentioned earlier. Apart from the “supply” side mentioned, this change in the mindset should also be implemented in the “demand” side, i.e. the users should recognize and adopt digital technologies in their daily work duties, without asking for additional motivations. 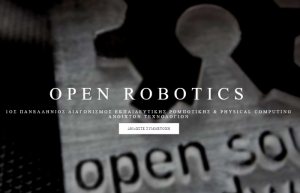 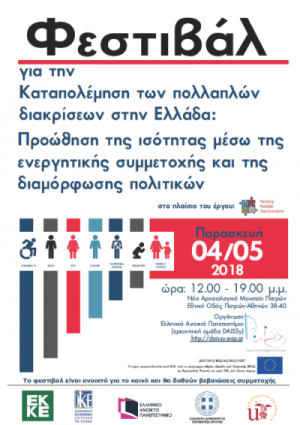 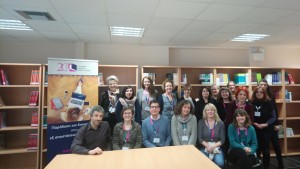 The kick-off meeting of the project WEMIN (MIgrant Women Empowerment and Integration) was held on 28 February and 1 March in Athens, Greece.

Funded by the Asylum, Migration and Integration Fund of the European Union, the 2-year project aims at implementing and promoting a pioneering integration model for migrant/refugee women of all ages in the communities involved.

WEMIN is led by the Hellenic Open University (Greece), and involves other eight partners from 8 countries throughout the EU. The project activities will address social, educational and professional aspects of inclusion.

The project will empower migrant and refugee women to become protagonists of the life of the communities they live in, and act as multipliers within their families and circles. But the objective is way more ambitious – by promoting a close interaction between women of the host and migrant societies, stereotypes on both sides will be tackled, challenging existing narratives on migration and strengthening the very communities involved.

A number of trainings, mentoring sessions, peer learning and art activities are planned within the project – many occasion to stimulate dialogue, intercultural relations and exchanges. An online platform will also be used to foster peer-learning and exchange.

Broad dissemination of activities and exchange of experiences all over Europe will reach stakeholders involved in migrant integration (immigration & asylum services, social services providers, NGOs, entities involved in training and supporting migrants and refugees) as well as citizens, raising their awareness about cross-cultural dialogue.

Learn more about the project WEMIN: 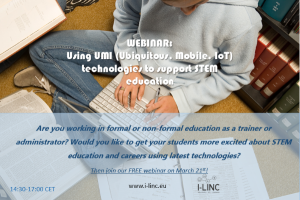 Are you working in formal or non-formal education as a trainer or administrator?

Would you like to get your students more excited about STEM education and careers using latest technologies?

Ubiquitous technologies are all around us, thanks to them services are in place but invisible. Mobile technologies enable us to use ubiquitous services “on the move”. Thanks to Internet of Thingstechnology and thus services are present in everyday objects. Therefore, UMI technologies, as a whole, support the implementation and use of “smart” environments (closed or open, static or on the move). These are technologies that will shortly be present in many aspects of our personal and professional lives. Overall, UMI technologies can be easily accessible and provide career opportunities to everyone who receives appropriate education and training.

The application of UMI technologies in education and training can be fun and engaging, it fits multi-disciplinary projects, triggers different competences and skills and motivates differently oriented people, even those that would otherwise not be interested in technology. Young people can build interactive objects and get naturally excited about STEM and technology. Young professionals can plan and pursue rewarding careers in novel and highly challenging subjects in almost every sector. Experienced professionals can pursue a career improvement or change, by enhancing the qualifications they already possess with cutting-edge ICT skills.

The aim of the workshop is to introduce the participants to UMI (Ubiquitous, Mobile, Internet of Things) technologies and their potential use in STEM education. The workshop addresses the needs of teachers and trainers, managers of training organizations, as well as educational policy makers.

The workshop will present the outcomes of H2020 project UMI-Sci-Ed (Exploiting Ubiquitous Computing, Mobile Computing and the Internet of Things to promote Science Education), which aims at enhancing the attractiveness of science education and careers for young people by putting Ubiquitous and Mobile Computing and the Internet of Things (UMI) into practice towards enhancing STEM education. UMI-Sci-Ed aims to empower youngsters to think creatively, apply new knowledge in an effective way, become continuously competitive in a highly demanding working environment. Ubiquitous and mobile computing and IoT are used to support the stakeholders working in education – educational community (teaching institutions, students, professors, tutors, etc.) and industry (UMI companies, VET providers, publishers, etc.) – career consultants, educational authorities and policy makers. To this end, communities of practice (CoPs) are being formed in the UMI-Sci-Ed platform around UMI projects implemented at schools, including representatives of all necessary stakeholders.

All the experts are on the team of the UMI (www.umi-sci-ed.eu) project. 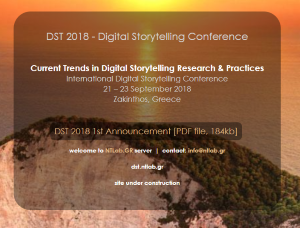 The theme of the conference, “Current Trends in Digital Storytelling: Research & Practices”, signifies the transitional phase of Digital Storytelling (DST) towards an established community of research and practice. At this pivotal point, it is crucial to obtain a reflective mapping of the major current trends of research and practices in DST, emphasizing the convergences and the divergences in the various perspectives, which crucially nurture and form the complexity of this diverse, yet functionally linked community.